Reserve Bank Of India (RBI) - List Of Governors Till Date

Reserve Bank of India (RBI)
The Reserve Bank of India is the central bank of our Country. This bank governs the working of other banks and financial institutions in India. RBI launched its operations from its headquarters in Kolkata on 1st April 1935. Currently, the headquarters of the RBI is in Mumbai. The Governor of the Reserve Bank of India is the chief executive of India's central bank and the ex-officio chairperson of its Central Board of Directors. The Central Government appoints the RBI Governor, along with other Deputy Governors. Specifically, the Prime Minister’s Office consults the finance minister and the outgoing governor to decide the next Governor.

Role of RBI Governors
The RBI governors are responsible for maintaining the monetary stability in an economy. Thus, plays an important role in formulating the policies of the Reserve Bank of India.  The responsibility for issuing licenses to open new foreign and private banks is also headed by the governor of RBI. They handle the framing of policies on the priority sectors and support the agriculture banks. RBI governor also controls the operations under the Foreign Exchange Management Act, 1999 which facilitates external trade and payment and promotes orderly development and maintenance of foreign exchange market in the country. So far, 24 governors have headed RBI. The Term of Office typically runs for 3 years.

The RBI Governor has many powers, but the most significant ones are mentioned below:-
1. Control over Monetary, Currency, and Credit system
2. Heads all the Schedule Banks
3. Signatures on Currency Notes
4. Control over Stock Market
5. Influence on Micro and Macro Economies

List of Governors of Reserve Bank of India (RBI)

In this video we will discuss about Governors of the Reserve Bank of India from 1935 - 2020. We will also discuss the working of ... 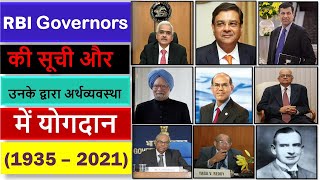 In this video we will discuss about Governors of the Reserve Bank of India from 1935 - 2020. We will 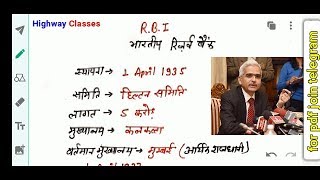 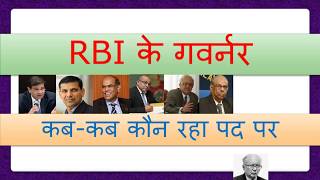 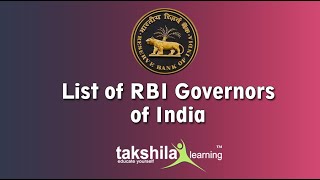 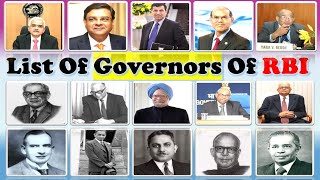 In this video we will discuss about Governors of the Reserve Bank of India from 1935 - 2020.

The Constitution of India, Formation History and Timeline
5 min Reading