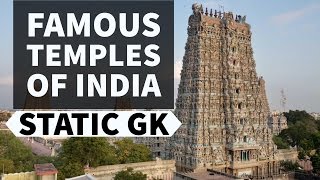 The Indian society and its people are incomplete without their belief in the Almighty. It is the presence of more than hundreds of temples in India which makes the country unique and special and a great way to connect with the supreme power. Indian temples do not simply cater to a man’s religious needs but in fact, dominate the political and socio-economic life of several communities while contributing largely to the architectural and cultural heritage of India.

Boasting of unparalleled beauty and artistic grandeur, these famous temples in India are a must-visit for all tourists from around the globe. Here are some top-notch Indian Temples which will make your visit to India divine and holy.

Also known as Badrinarayan, the Badrinath Temple is dedicated to Lord Vishnu who can be found in a meditative posture flanked by his duel forms of Nar and Narayan. Expanded in the 17h century by the Garhwal kinds, this is a sacred temple for Vaishnavites. This temples architect resembles a Buddhist vihara with a brightly painted facade.

This temple is one of the best temples in India and is the seat of Lord Shiva who is the protector and destroyer of the realm. Located amongst snow-capped mountain peaks, this temple was built by Pandavas and is one of the 12 Jyotirlingas built mainly of heavy and evenly cut gray slab of stones. History reveals that the Pandavas did penance in this very temple to please Lord Shiva.

Being the birthplace of the River Ganges, the Gangotri temple is located in the Himalayas and has been dedicated to Goddess Ganga. Made essentially of white graphite, this Indian Temple is 20 ft high and is influenced by Kasturi style architecture. Legend states that King Bhagirath performed intense rituals here for more than 5000 years to bring Goddess Ganga down from heaven to help him wash away all the sins of his ancestors.

The Konark Sun Temple is one of the most famous temples in India and has been dedicated to the Lord Sun. It has been designed resembling his carriage with the entire temple being in the shape of a chariot with 12 wheels and dragged by 7 horses. The legend goes that Samba worshipped the Sun God for 12 years to seek penance. The Lord healed him after being pleased with his devotion. In order to express his gratitude, Samba made this Sun Temple.

Built by the Chola emperor Raja Raja Chola I, this temple is also known as Peruvudaiyar Kovil and RajaRajeswaram. It is the largest temple in the city and has been dedicated to Lord Shiva. This temple was built as per the principles of Agamas and Vaastu Shastras and is made entirely of granite stone. Being a UNESCO World Heritage Site, the grand and magnificent architecture of this temple is worth witnessing.

Mentioned in ancient books such as Shreemad Bhagwat, Skandpuran, and Shivpuran, the meaning of Somnath is Protector of the Moon God. The legend goes that this Indian Temple was built by Som in honor of Lord Shiva. Built on the Arabian Sea’s shore, there is no land area in a straight line between the temple and the South Pole. A Junagadh gate, museum, beach, sound and light show are added attractions with the temple.

Being the source of River Yamuna, the sacred shrine of Yamunotri is surrounded by mountains and is placed at the foot of the hill. Dedicated to Goddess Yamuna, the deity in this temple is made entirely of black marble. An ambiance of absolute purity surrounds this place with a breathtaking view all around.

Also known as the Great Stupa, the Sanchi Stupa is a holy place of Buddhist and is built in a dome shape boasting of relics of Buddha. Built by the great emperor Ashoka, it is now a UNESCO World Heritage Site and has 4 intricately designed gateways called Toranas. This Indian temple preserves the relics of Buddha and is 16 meters high and 37 meters in diameter.

Being a part of the four holiest pilgrimage places for Hindus, this is one of the best temples in India. It is believed that Lord Rama and his wife Sita first landed on the shores of Rameshwaram after having defeated Ravana. There are 2 lingams in the temple, namely Vishwalingam and Ramalingam wherein the former is always worshipped before the latter.

Hardiwar, also known as Gateway of the Gods is home to several bathing ghats amongst which Har ki Pauri is the most sacred one. It was constructed by King Vikramaditya and legend goes that by taking a dip in this holy water you can achieve the salvation of your ancestors. You must visit the evening prayer or Aarti which is performed every evening here.

Being the abode of Maa or Mother Vaishno Devi, this Indian temple is located on a mountain called Trikuta at an altitude of 5200ft. Instead of a statue, there are 3 rock head forms which are known as Pindies and denote Vaishno Devi. The legend goes that one can only visit the shrine successfully is Maa Vaishno Devi herself calls you to her doorstep.

Built in the 18th century, the Siddivinayak Temple has been dedicated to Lord Ganesha. It is said that one must seek the blessings of this God before commencing any new assignment or work. The shrine’s wooden doors boast of 8 carved impressions of Lord Ganapati or Ganesha with devotees from all over the country worshipping this famous temple in India all year round.

The Golden Temple is also known as Darbar Sahib or Sri Harmandir Sahib and is one of the holiest pilgrimage places for Sikhs and one of the best temples in India. There are 4 doors in the temple each of which opens in a prominent direction thereby symbolizing that the temple welcomes people from all faith, race, and color.

The Kashi Vishwanath Temple has been dedicated to Lord Shiva who is considered to the emperor of the universe according to Hindu mythology. Varanasi, the city where the temple lies is also known as Kashi and hence the name. It is believed that by visiting this Temple, one can attain Moksha or ultimate liberation of the soul.

Located on the top of a hill whose height is 1675 m, the Neelkanth Mahadev Temple has been dedicated to Lord Shiva. Legend states that when the Samudra Manthan took place, Lord Shiva ingested all the venom which oozed out from it at this very place thereby giving it the name of Neelkanth Mahadeo.

It is this very Indian Temple which gives the city of Puri its other name, Jagannath Puri. Dedicated to Lord Krishna, this temple is part of the 4 holiest places in the country and entry for non-Hindus is strictly restricted here. Along with the idol of Lord Jagannath or Krishna sits the idols of Goddess Subhadra, who is Lord Krishna’s sister, and Lord Balabhadra, who is his brother. The world-famous Rath Yatra has been conducted annually with thousands of people pulling the sacred chariots during the Yatra.

Named after Naina Devi, Nainital is a city which is also home to the Naina Devi Temple. The legend goes that when Lord Shiva carried Goddess Sati’s body, her eyes or Naina fell down at this very place where the temple was created. In 1880 a landslide devastated the temple but it was reconstructed soon after.

This Temple is a complete architectural wonder which has been dedicated to Goddess Parvati or Meenakshi and her husband Lord Shiva. Before devotees visit the main shrine they are advised o take a dip in the Golden Lotus Tank which is located within the temple premises. The hall in the temple boasts of 985 pillars; each of which has been intricately carved and designed.

Located at an altitude of 3,888 m this famous Temple in India is engulfed with ice-clad mountains. Believed to be around 5000 years old, the legend goes that a Muslim shepherd received a bag full of coal from a holy man which later turned into gold. When searching for the holy man to thank him, the Muslim shepherd found the abode of Lord Shiva which is known as Amarnath today. The road to this holy temple consists of a 5-day trek which is not easily covered by all.

Lying at a height of 1000 feet and overlooking the beautiful city of Srinagar, the Shankaracharya temple dates back to 200 B.C. Dedicated to Lord Shiva, this Indian Temple was visited by Adi Shankara and hence associated with him. 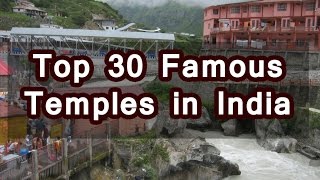 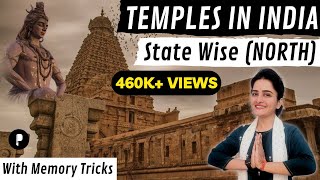 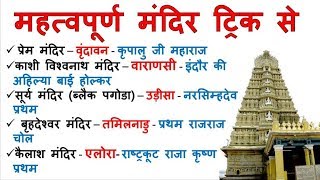 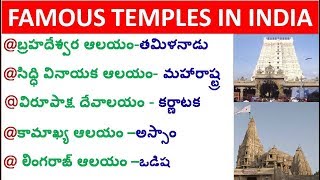 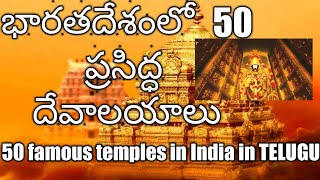 How was India in 1750 ? How Mughal Empire Declined and Successor States emerged ?
10 min Reading

Types of Adjective as a part of speech
3 min Reading