Home ❭ Class 11th ❭ notes ❭ What are the Trade Unions or Labour Unions? What are the new reforms introduced in the labour domain?

What Are The Trade Unions Or Labour Unions? What Are The New Reforms Introduced In The Labour Domain?

Advertisement!
TRADE UNIONS – THE HISTORY OF LABOUR UNIONS IN INDIA :
In a globalised world, it is equally important to protect the interests of workers along with that of industrialists. At a time when the Government of India is trying to bring many labour reforms, it is important to know the history of labour unions, popularly known as trade unions.
WHAT ARE LABOUR UNIONS OR TRADE UNIONS?
A trade union can be defined as an organised association of workers in a trade or profession, formed to further their rights and interests. In India, Trade Unions in India are registered under the Trade Union Act (1926).
Trade unions are interested in the economic and social welfare of the workers. Labour unions may also have political interests in the larger society.
GROWTH OF LABOUR UNIONS IN INDIA: 6-PHASES :
The growth of the Trade union movement in India was an organic process. It started towards the tail end of the nineteenth century and continues to date. It closely follows the development of Industry in India. In India, now there are more than 16,000 trade unions with a collective membership of around 1 crore (10 million) labourers.
The growth of labour unions in India can be roughly classified into six phases.
1. Pre-1918: The genesis of the labour movement in India
After the setting up of textile and jute mills coupled with the laying of railways in the 1850s, worker atrocities started to come to light. Though the origin of labour movements was traced to the 1860s, the first labour agitation in the history of India occurred in Bombay, 1875. It was organised under the leadership of S.S Bengalee. It concentrated on the plight of workers, especially women and children. This led to the appointment of the first Factory commission, 1875. Consequently, the first factories act was passed in 1881. In 1890, M.N Lokhande established the Bombay Mill Hands Association. This was the first organised labour union in India. Following this, different organisations were established across India.
FEATURES OF THE LABOUR MOVEMENTS IN THIS ERA:
Leadership was provided by social reformers and not by the workers themselves.
The movements in this era mainly concentrated on the welfare of workers rather than asserting their rights. They were organised, but there was no pan India presence. A strong intellectual foundation or agenda was missing. Their demands revolved around issues like that of women and children workers.

This period marked the birth of the true trade union movement in India. It was organised along the lines of unions in the industrialised world. The deteriorated living conditions caused by the first world war and the exposure to the outside world resulted in heightened class consciousness amongst the workers. This provided fertile ground to the development of the movement. This period is known as the early trade union period.

FACTORS THAT INFLUENCED THE GROWTH OF THE MOVEMENT:
- Spiralling prices during War and the mass entrenchment of workers that followed it led to low living standards. Also, the wretched working conditions added to their woes. Hence, they sought collective bargaining power through unionisation.
- Development of Home Rule, the emergence of Gandhian leadership and the socio-political conditions led to the nationalist leadership taking interest in the worker’s plight. Workers, in turn, was looking for professional leadership and guidance.
- Russian revolution and other international developments (like the setting up of the International Labour Organisation in 1919) boosted their morale.

GlobalLinker Growth Talks brings together industry specialists and domain experts to share practical knowledge and tips for SMEs, in a series of growth focused ... 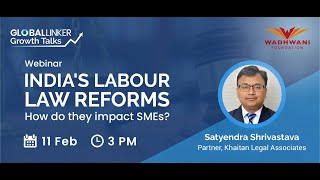 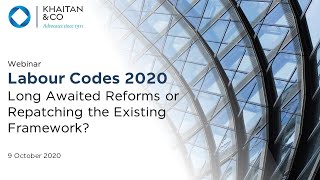 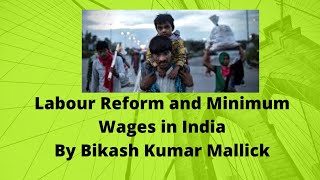 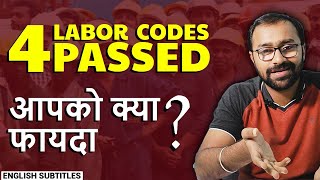 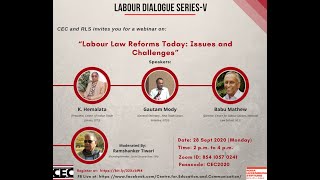 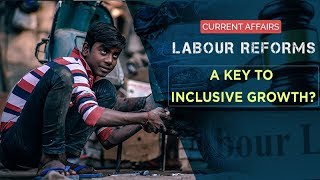