☞ The Vijayanagara Empire was based in the Deccan Plateau region in South India.
☞  It was established in 1336.
☞ It was founded by Harihara I and Bukka Raya I of Sangama Dynasty.
☞  The empire rose to prominence by the end of the 13th century.
☞ It lasted until 1646, although its power declined after a major military defeat in the Battle of Talikota in 1565.
☞ The empire is named after its capital city of Vijayanagara, whose ruins surround present day Hampi, (now a World Heritage Site in Karnataka, India.)
☞ Vijayanagara Empire lasted for 230 years and was ruled by four important dynasties and they are:

i.   The Hoysala kingdom was conquered and hence the Vijayanagara Empire was extended under Harihara.

ii.   Harihara and Bukka were sons of Sangama.

iii.   Bukka then succeeded his brother and became the master of Raichur doab after dealing with Bahmani Sultan.

iv.   The greatest ruler of Sangama dynasty was Deva Raya II. During his reign, Abdur Razzak, the envoy of Shah Rukh visited the kingdom.

i.   Saluva Narsimha was the founder of this dynasty.

ii.   Immadi Narsimha succeeded him. He was a weak ruler and hence the control of state fell into the hands of Narsa Nayaka.
☞ Tuluva dynasty (1505 – 1570 AD)

i.   Vira Narsimha was the founder of this dynasty.

ii.   He was the son of Narsa Nayaka.

iii.   He was succeeded by his half brother, Krishnadevaraya in 1509 AD.

i.   Tirumala Raya ruled in the name of Sadashiva Raya.

ii.   They failed to repopulate Vijayanagara and shifted its capital to Penugonda and then to Chandragiri.

iii.   The last ruler of Vijayanagara was Sri Ranga III.

2.  Krishnadevaraya (1509-1529 A.D.)
☞ Krishnadevaraya belonged to Tuluva dynasty.
☞ He is known as ‘Andra Bhoja’.
☞ He has the largest empire in India after the decline of Delhi Sultanate.
☞ He was a great scholar.
☞ According to Domingo Paes a Portuguese traveler, Krishnadevaraya was not only an able administrator but also an excellent general.
☞ Ashtadiggajas: A group of eight scholars adorned his court (including Tenali Rama Krishna).
☞ A Telegu poet whose name was Allasani Peddanna was a courter of Krishna Deva Raya and was considered as the ‘Andhra Kavita Pitamaha”(the Grandfather of Telegu poetry)
☞ In 1523 A.D. he captured Orissa and Warangal.
☞ He is credited with building some fine temples and adding impressive gopurams to many important South Indian temples.
☞ A new city was built called Nagalapuram in memory of his queen Nagaladevi.

☞ Women occupied a high position and took an active part in political, social and literary life of the empire.
☞ They were educated and trained in wrestling, in the use of various weapons of offence and defense, in music and fine arts.
☞ Some women also received education of high order.
☞ Nuniz writes that the kings had women astrologers, clerks, accountants, guards and wrestlers.

☞ The practice of untouchability existed.
☞ Child marriage, polygamy and sati were prevalent.
☞ Caste was determined either by individual’s occupation or the community they belonged to.

☞ The economy was dependent on Agriculture.
☞ The empire’s capital city was the main business hub.
☞ The capital city was noted for its markets dealing in spices, textiles and precious stones.
☞ Land ownership was important.
☞ Textiles, mining, metallurgy perfumery, and other several industries existed.
☞ They had commercial relations with, the islands in the Indian Ocean, Abyssinia, Arabia, Burma, China, Persia, Portugal, South Africa, and The Malay Archipelago.

Contribution to Architecture and Literature

☞ The Hazara Rama temple and Vittalaswamy temple was built during this period.
☞ Vijayanagara architecture is the combination of Chalukya, Hoysala, Pandya and Chola styles.
☞ The bronze image of Krishnadevaraya is a masterpiece.
☞ Sanskrit, Tamil, Telugu and Kannada literature were developed.
☞ Sayana wrote commentaries on Vedas.
☞ Krishnadevaraya wrote Amuktamalyada in Telugu and Usha Parinayam and Jambavathi Kalyanam in Sanskrit.
☞ Field surveys indicate that the entire area was dotted with numerous shrines and small temples which proved that variety of cultures existed and were supported by different communities.

Decline of the Empire

☞ Many provincial governors became independent.
☞ The rulers of Bijapur and Golconda seized some areas of Vijayanagara.
☞ Krishnadevaraya successors were troubled by rebellious military chiefs.
☞ The rulers of the Aravidu dynasty were weak and incompetent. 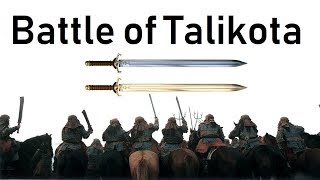 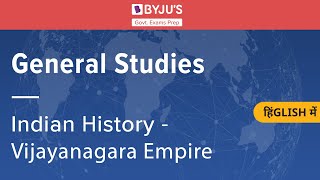 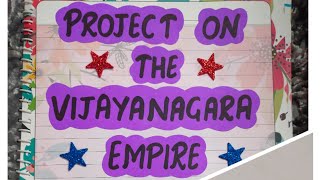 Pdf of this project is available at Rs100 only. 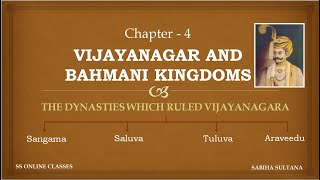 Hi everyone! I am Sabiha Sultana. The next chapter of 9th standard NCERT Syllabus Social Science in 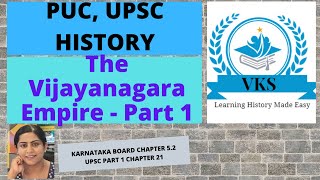