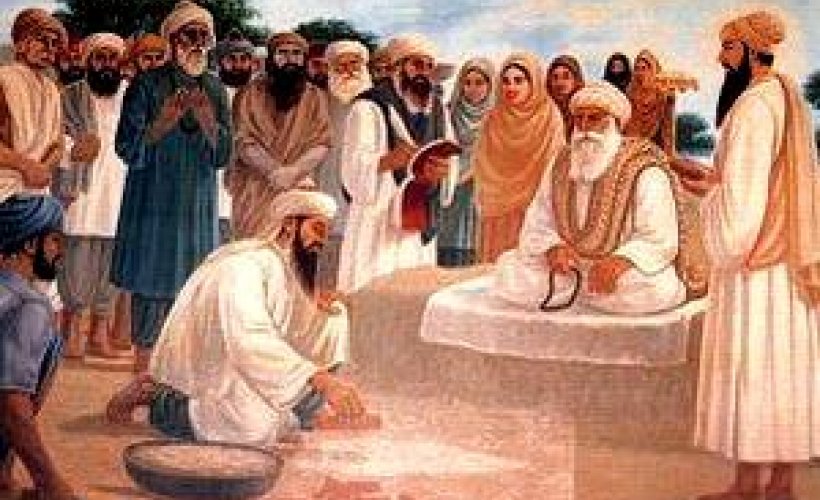 After the arrival of Islam in India, some changes can be seen in religious practice as well. Religious ideas (especially Hindu and Muslim religions) were exchanged. However, in the context of religious trends, the following two movements are the most noticeable:

The terms Sufi, Wali, Darvesh and Faqir are used for Muslim saints who attempted to achieve development of their intuitive faculties through ascetic exercises, contemplation, renunciation and self-denial.

During the eleventh century, some of the Muslims (especially who had come from Persia and nearby regions) were fundamentally Sufis. They settled in different parts of India and soon gathered plenty of Indian followers.

The Sufi ideology promoted love and devotion as means of coming nearer to God. The true God’s devotees bound to came close (both) to God and to one's fellow men.

Secondly, Sufis suggested that prayers, fasts, and rituals were not as important as the true love of God.

The Sufis, as they were promoting true love to God and fellow men, they were pretty flexible and tolerant for all other religions and sects, and advocated that the paths to God can be many.

The Sufis, further, promoted respect for all human beings. This was the reason that the orthodox Ulema did not approve of the ideology of Sufis and said that Sufi teachings were not in agreement with orthodox Islam.

Many of the Hindus also respected the Sufi saints and became followers. However, the Sufis did not attempt to deceive or convert Hindus to Islam, but rather advised Hindus to be better Hindus by loving the one true God.

One of the most popular Sufi saints was Muin-ud-din Chishti. He lived most of his life in the city of Ajmer (where he died in 1236).

The Ulema did not approve of linking music with religion or God. However, Chishti's followers held gatherings at the places where some of the finest music could be heard.

The qawwali was a familiar form of singing at the Sufi gatherings. Some songs sung in Hindi were also popular.

Baba Farid who lived at Ajodhan (now in Pakistan) was also a popular Sufi saint.

Nizam-ud-din Auliya was the Sufi saint who was loved by both the Sultans and by the public. His center was in the neighborhood of Delhi.

The most important contribution of Sufism is that it helped to blunt the edge of Hindu-Muslim prejudices by forging the feelings of solidarity and brotherhood between these two religious communities.

An important landmark in the cultural history of medieval India was the silent revolution in society brought about by a galaxy of socio-religious reformers, a revolution known as the Bhakti Movement.

During the seventh century, the Bhakti movement evolved in the south part of the country (especially in the Tamil speaking regions). Over a period of time, it spread in all directions.

The alvars and the nayannars of the Tamil devotional cult had started the tradition of preaching the idea of Bhakti through hymns and stories.

Most of the saints of the Bhakti movement were from the non-Brahman families.

Like Sufi ideology, the Bhakti ideology also taught that the relationship between man and God was based on love, and worshipping God with devotion was better than merely performing any number of religious ceremonies. Bhakti Saints emphasized on the tolerance among men and religions.

The leader of the Bhakti movement focusing on the Lord as Rama was Ramananda. He taught that Lord Rama is the supreme Lord and that salvation could be attained only through love for and devotion to him

Chaitanya Mahaprabhu was an ascetic Hindu monk and social reformer in 16th century Bengal. Chaitanya worshiped the Lord in the form of Krishna.

Followers of the Bhakti movement in the 12th and 13th Centuries included saints such as Bhagat Namdev, and Saint Kabir Das, who insisted on the devotional singing of praises of the lord through their own compositions.

In Maharashtra, the Bhakti ideology was preached by Jnaneshvara. Jnaneshvara had translated Gita in Marathi.

Namadeva and in a later period, Tukaram, were the pretty popular saints of the Bhakti movement.

Kabir, who was basically a weaver, was also a Bhakti saint (in Banaras). The dohas (or couplets), which Kabir composed and preached to his followers are still recited.

Kabir realized that religious differences do not matter, for what really matters is that everyone should love God. Therefore, he tried to make a bridge between the two religions, namely Hinduism and Islam.

The followers of Kabir had formed a separate group, popular as Kabirpanthis. Later, Surdas and Dadu continued the Bhakti tradition.

Sri Ramanuja Acharya was an Indian philosopher and is recognized as the most important saint of Sri Vaishnavism. His most outstanding contribution is the abolition of distinctions of caste among his followers.

Guru Nanak, the first Sikh Guru and founder of the Sikhism, too was a Nirguna Bhakti Saint and social reformer. He preached the unity of God and condemned formalism and ritualism of both Islam and Hinduism.

The sixteenth and seventeenth centuries continued to witness the rise of many religious reformers. The exponent of the Rama cult and the Krishna cult among the Vaishnavas branched off into a number of sects and creeds.

The leading light of the Rama cult was saint-poet Tulsidas. He was a very great scholar and had made a profound study of Indian philosophy and literature.

The followers of the Krishna cult founded the Radha Vallabhi sect under Hari Vamsa in 1585 A.D.

To Get Plus Subscription Discount, Use code: TOP10 Join us on Telegram Channel - NCERT Aartee Mishra 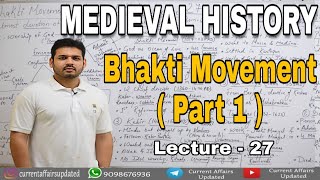 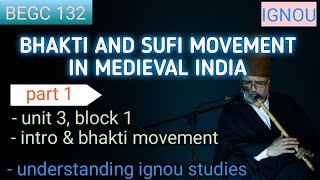 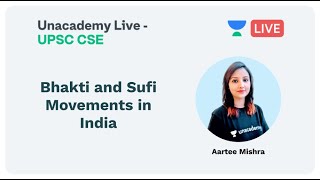 Bhakti and Sufi Movements in India | UPSC 2020 | by Aartee Mishra

In this video, Aartee Mishra will cover various topics of history specific for UPSC CSE 2020 prepara 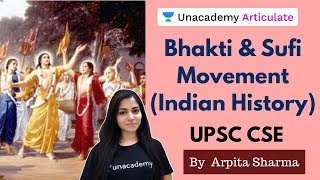 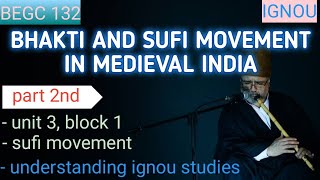 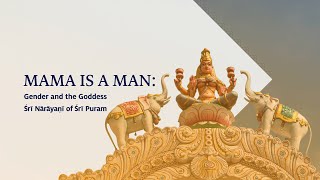 Mama is a Man: Gender and the Goddess Śrī Nārāyaṇī of Śrī Puram

Mama is a Man: Gender and the Goddess Śrī Nārāyaṇī of Śrī Puram. Presented by: Caleb Simmons Goddess

Special Head - Monk Levitates Above a Pyramid and Disappears - America 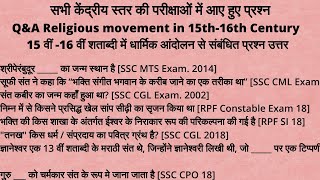 In this video, I discussed 50 most important questions from the topic Religious movement in 15th-16t 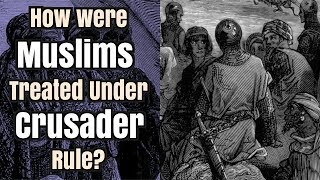 Religious Toleration in the Medieval Crusades 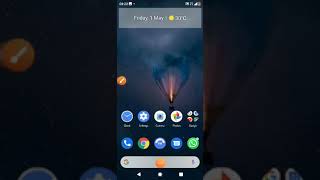 What were the differences among the major land revenue systems in British India ie Zamindari, Ryotwari and Mahalwari?
5 min Reading

How did the British who came to India for trade become the rulers of territories?
7 min Reading

Types of Pronouns as Part of Speech
5 min Reading

Nouns as Part of Speech - Further Classification and rules to use them:
2 min Reading