Indian national movement was part of modern history about the struggle of many leaders towards freedom from British rules. The main focus of this movement was to unite all peoples of India irrespective of religion and caste to fight for freedom.

Here we have selected some important 20 objective questions (MCQs) from the topic Indian national movement. Hope this will be helpful for everybody.


Click on Any Option to check right Answer and Explanation.

Q.1 The Simon Commission was formed to review-

//js
Answer ✔ (b) Fitness of India for further reforms
Explanation: Simon Commission was formed to analyze the working of the government of India Act, 1919, and suggest further constitutional and administrative reforms within the British colonial rule of India. In this commission no single Indian was included that's why this was failed after Simon's commission go back movement.

Q.2 The Azad Hind Fauj was formed in-

//js
Answer ✔ (b) 1942
Explanation: Azad Hind Fauj was an Indian national army, formed by Netaji Subhash Chandra Bose through the patronage of the Imperial Japanese Army, in 1942 to secure the independance of india.

Q.3 Where did Mahatma Gandhi first apply his technique of satyagraha?

Q.4 The first governor-general of India was appointed under the provisions of -

Q.5 An anti-British outfit 'Abhinav Bharat' was founded by-

Q.6 Who led the Salt Satyagraha movement with Gandhi?

//js
Answer ✔ (d) Sarojini Naidu
Explanation: Salt March or Dandi March or Salt Satyagraha was a major nonviolent protest action in India led by Mahatma Gandhi in March–April 1930 with Sarojini Naidu. The main event of this was Gandhi-Irwin Pact.

Q.7 In which of the following movements did Mahatma Gandhi make the first use of hunger strike as a weapon?

Q.8 Santhals were associated with-

//js
Answer ✔ (a) Tribal Rebellion
Explanation: The Santhal rebellion was a tribal rebellion that took place in 1855 - 1856 to end the revenue system of the East India Company (EIC), usury practices, and the zamindari system in India. The Santhals were the tribe groups present in Jharkhand, the state of India.

Q.10 Who was the first president of All India Trade Union Congress?

Q.11 Which of the following was the first to impose censorship of the press?

//js
Answer ✔ (a) Wellesley
Explanation: Lord Wellesley was the first to impose censorship of the press in 1799.

Q.12 Which of the following state was not annexed under the Doctrine of Lapse?

//js
Answer ✔ (c) Awadh
Explanation: The doctrine of lapse was the pro-imperialist approach to expand the realm of the British Kingdom in India, which was introduced by Dalhousie. The Doctrine equipped with an idea to annex those states which have no heir, get lapsed the right of ruling and it will not be reverted by adoption.

Q.13 Who founded the Servants of India Society?

Q.14 The first governor-general of the East India Company in India was?

Q.15 Vande Mataram was taken from-

//js
Answer ✔ (c) Anand Math
Explanation: Anandamath is a Bengali novel, written by Bankim Chandra Chatterjee and published in 1882. Set in the background of the Sannyasi Rebellion in the late 18th century, it is considered one of the most important novels in the history of Bengali and Indian literature.

Q.17 All India Muslim League was formed in-

Q.18 Which one of the following authors put forth the theory of the drain of India's resources to England?

Q.19 The American publicist who was with Mahatma Gandhi during his 'Quit India' movement was-

//js
Answer ✔ (a) Dr. B. R. Ambedkar
Explanation: The depressed classes league was founded by Dr. B. R. Ambedkar for the Dalits and other lower caste peoples in 1930 to make the fair representation of the Scheduled Castes in the decision-making bodies of India. in 1935 Babu Jagjiwan Ram Also contributed to the establishment of this league. 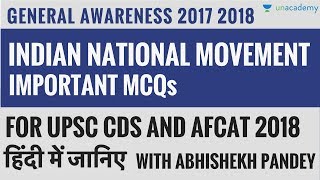 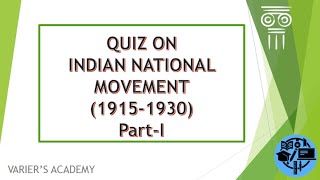 Welcome back to Varier's Academy Topic of the day:Quiz on Indian National Movement (1915-1930) Part 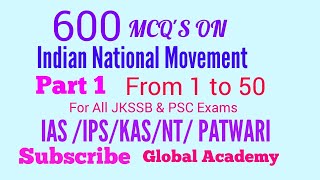 In this vedio series we are going to discuss 600 MCQ'S on Indian National Movement. We will discuss 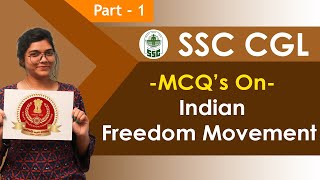 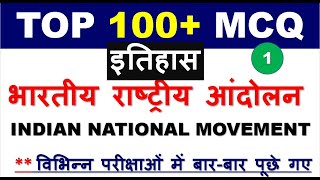 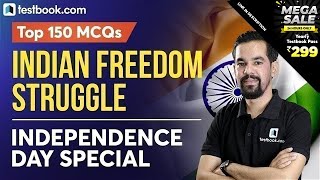 How did British rule affect the Indian Villages and what are the changes introduced by them in India ?
6 min Reading