Cell injury is a sequence of events that occur if the limits of adaptive capability are exceeded or no adaptive response is possible.

(a) Oxygen deprivation: Hypoxia is a deficiency of oxygen, which causes cell injury by reducing aerobic oxidative respiration.

(c) Chemicals and Drugs: The list of chemicals that may produce cell injury defines compilation.

A) Mechanism of Reversible Cell Injury:

• Depleted resources of ATP in the cell owing to decreased levels of Oxidative Phosphorylation.

decreased ATP synthesis are frequently associated with both hypoxic and chemical

b) Damage to Mitochondria: Mitochondria are the cell’s suppliers of life-sustaining energy in the form of ATP, but they are also critical players in cell injury and death.

c) Influx of Calcium: Failure of the Ca2+ pump leads to influx of Ca2+, with damaging effects on numerous cellular components.

B) Mechanism of Irreversible Cell Injury:

The long-term decrease in oxygenated blood supply results in irreversible damage of the cellular structure and functions.

1. Mitochondrial damage: As a result of the continued decrease in oxygenated blood supply, irreversible cell damage occurs and on reperfusion with injured cells, excess intracellular calcium collects in the mitochondria disabling its function.

2. Membrane damage: Damage to plasma membrane losing its normal function is the most important event in irreversible cell injury.

3. Cytoskeletal damage: Activated intra- cellular protease or by the physical effect of cell swelling, damages of the cytoskeleton may lead to irreversible cell membrane injury.

4. Nuclear damage: The nucleoproteins are damaged by the activated lysosomal enzymes such as proteases and endo-nucleases. Irreversible damage to the nucleus can be in three forms.

5. Lysosomal damage, cell death and phagocytosis: The lysosomal membranes are damaged and result in the escape of lysosomal hydrolytic enzymes. 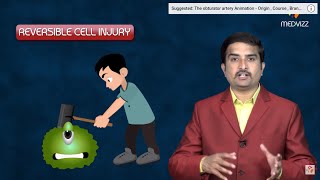 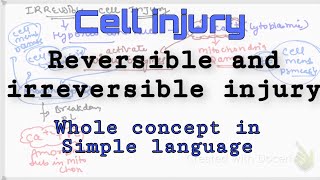 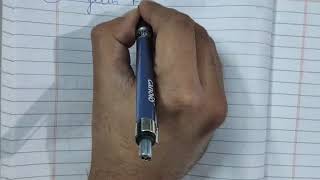 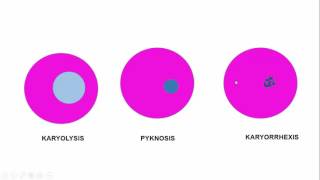 A series of video tutorials discussing the pathology of cell injury and adaptations. In this tutoria 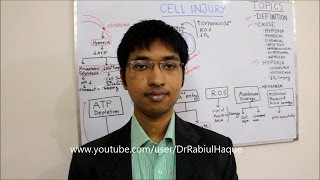 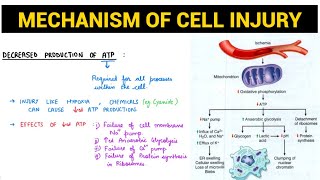 Hello Friends !! In this video, we will study about the Mechanisms of Cell Injury in great detail .

What were the problems which affected labour movements post independence?
5 min Reading

What are the Trade Unions or Labour Unions? What are the new reforms introduced in the labour domain?
6 min Reading