The average annual rainfall in India is about 125 cm, but it has great spatial variations.

Areas of Inadequate Rainfall: Parts of the Peninsula, especially in Andhra Pradesh, Karnataka and Maharashtra, Ladakh, and most of western Rajasthan receive rainfall below 50 cm


According to the Koppen climate classification, it has seven different climatic regions:-

The rainfall distribution in India is impacted by the Thar Desert and the Himalayas. Temperature and pressure changes over the Indian Ocean, the Arabian Sea, the Bay of Bengal, and the southern part of the Pacific Ocean also play a significant role in the monsoon rains over the country. Owing to the nature of monsoons, the annual rainfall is highly variable from year to year. Variability is high in the regions of low rainfall such as parts of Rajasthan, Gujarat, and the leeward side of the Western Ghats. As such, while areas of high rainfall are liable to be affected by floods, areas of low rainfall are drought-prone. 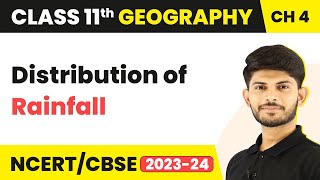 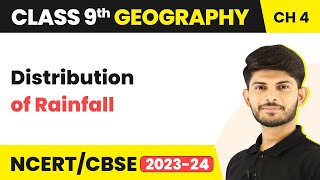 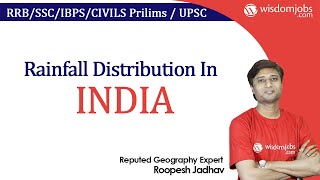 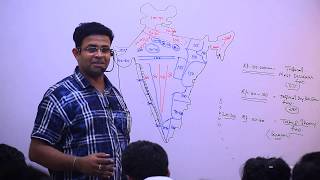 Rainfall distribution and Intensity in India 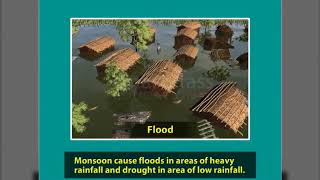 Have you thought how varied the distribution of rainfall is? How coastal regions and northern states 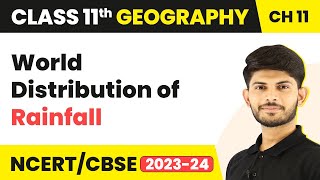 World Distribution of Rainfall - Water in the Atmosphere | Class 11 Geography

How the trade led to battles ?
6 min Reading

Classification of Verbs as Part of Speech
4 min Reading

The Constitution of India, Formation History and Timeline
←