The Great Plains of India

The Great Plains of India is referred to as the Indo-Gangetic plains, the Great Indian Northern plains lie south to the Himalayan belt. Or else put it, the plains situate the Himalayas in the north and the Peninsular Plateau in the south. The northern plains are formed by the alluvial deposits brought by the rivers – the Indus, the Ganga and the Brahmaputra. These plains extend approximately 3,200 km from the east to the west. The average width of these plains varies between 150-300 km. The maximum depth of alluvium deposits varies between 1,000-2,000 m. From the north to the south, these can be divided into three major zones: the Bhabar, the Tarai and the alluvial plains. The alluvial plains can be further divided into the Khadar and the Bhangar.

These plains characterize an average width between 150-300 km. Covering a total area of around 7 lakh square km, the Indo-Gangetic plains have experienced sedimentation deposits over a million years.

The great plains of northern India, also known as Ganga-Sutlej Plains, are, in fact, transitional belt between the Himalayas and Peninsular India. The great plains cover an area 7,74,000 km2(3,00,000 square miles) having west-east length of 2400 km and north- south width of 144 km. Except Aravalli's in the Rajas than plains no part of these extensive plains is higher than 150m AMSL. The plains have been formed by the deposition of alluvia brought by the rivers.

Bhabar is a narrow belt ranging between 8-10 km parallel to the Shiwalik foothills at the break-up of the slope. As a result of this, the streams and rivers coming from the mountains deposit heavy materials of rocks and boulders, and at times, disappear in this zone. South of the Bhabar is the Tarai belt, with an approximate width of 10-20 km where most of the streams and rivers re-emerge without having any properly demarcated channel, thereby, creating marshy and swampy conditions known as the Tarai. This has a luxurious growth of natural vegetation and houses a varied wild life.

The states of Haryana and Delhi form a water divide between the Indus and the Ganga river systems. As opposed to this, the Brahmaputra River flows from the northeast to the southwest direction before it take an almost 90° southward turn at Dhubri before it enters into Bangladesh. These river valley plains have a fertile alluvial soil cover which supports a variety of crops like wheat, rice, sugarcane and jute, and hence, supports a large population.

(i) It comprises the older alluvium deposited by the Indus and its tributaries. Hence, these are considered to be Bhangar plains.

(ii) There are two important features of these plains are Dhor and Dhand.

Dhors: Long narrow depressions which are the remnants of the course of former rivers
Dhand: Alkaline lakes on some dhors.

(iii) It is located in Pakistan. The city of Karachi is found in this region.

(i) This Plain is inhabited by Thar or the Great Indian Desert.

(ii) With an average elevation of 325m above the mean sea level (MSL), this region is among the highest places in the Northern plains.

(iii) The desert region is called Marusthali and forms a greater part of the Marwar plain.

(iv) This plain is an undulating plain or a rolling plain, with a wave like  topography of ups and downs.

(v) It has a few outcrops of gneisses, schists and granites which proves that geologically it is a part of the Peninsular Plateau. It is only at the surface that it                looks like an aggradation plain.

(vi) The eastern part of the Thar Desert up to the Aravali Range is a semi-arid plain known as Rajasthan Bagar.

(vii) It is drained by a number of short seasonal streams originating from the Aravalli and supports agriculture in some patches of fertile tracts.

(viii) Luni is an important seasonal stream which flows into Runn of Kachchh. The tract north of the Luni is known as Thali or Sandy plain.

(i) This plain is formed by five important rivers of Indus system- the Jhelum, Chenab, Ravi, Sutlej, and Beas.

(ii) The plain is primarily made up of ‘Doabs’ which means the land between two rivers.

(iv) Malwa plain is a part of the Punjab plains and lies to the south of the Sutlej.

(vii) Ghaghara is a river which is considered to be the present day remnant of the legendary river Sarasvati. It lies in Haryana, in between Sutlej and Yamuna.
Ganga Plains

(i) This Plain covers an area of around 3.75 lakh sq.km  and considered to be as the largest section of the Northern Plains.

(ii) This is the largest unit of the Great Plain of India stretching from Delhi to Kolkata.

(iii) The general slope of the entire plain is to the east and south east.

(v) Kosi is considered to be the "sorrow of Bihar" due to frequent floods in its catchment area. These occur because it flows from great heights onto a plain accompanied by deposition of huge amounts of sediments along its riverbed. This causes the river to change its course frequently, flooding the areas along its course.

(i) This is the largest Delta in the world.

(ii) This Delta is often called Sunderban Delta because of the predominance of the Sundri tree everywhere.

(iii) The large part of the coastal delta is covered with Tidal forests.

(iv) The seaward face of the delta is sprinkled with a large number of Estuaries, Mud flats, Mangrove swamps, Sandbanks, Islands and Forelands.

(vi) The Ganga river divides itself into several channels in the delta area.

(iii)  It is an aggradation plain built up by the depositional work of the Brahmaputra and its tributaries.

(iv) There are huge marshy tracts in this area. The alluvial fans formed by the coarse alluvial debris have led to the formation of terai or semi-terai conditions.

(v) The innumerable tributaries of the Brahmaputra river coming from the north form a number of alluvial fans. Consequently, the tributaries branch out in many         channels giving birth to river meandering leading to formation of bill and ox-bow lakes. 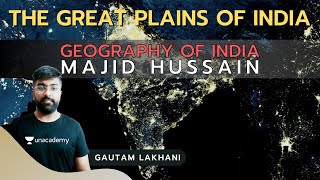 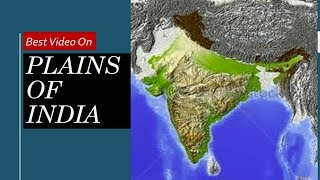 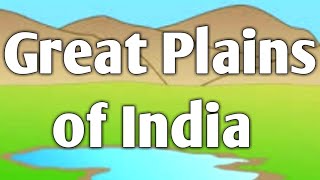 Unit 2 - Great Plains of India. This video explains the great plains that is northern plains in the 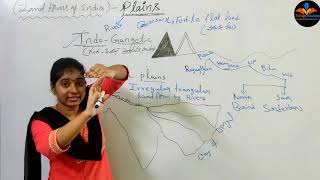 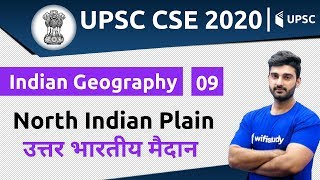 What were the problems which affected labour movements post independence?
5 min Reading