1. Put off-  An evasive reply, To delay doing something especially because you do not want to do it.
2. Decked up-  put on special clothes to appear particularly appealing and attractive.
3. A man of straw-   A weak person
4. Bite your tongue-  To avoid talking.
5. Between the cup and the lips-   On the point of achievement
6. An eyewash-  A pretence
7. Feild day-   An enjoyable day or circumstances.
8. An iron hand-  By force
9. A dime and a dozen-  Anything that is common and easy to get
10. At sixes and seven-  Persons who are having different opinions
11. Cast iron stomach-   Someone who has no problems, complications or ill effects with eating anything.
12. Kick the bucket-  Die
13. Know the ropes-  To understand the details
14. Latin and greek-  Unable to understand
15. Dog days of summer-  The hottest day of the summer season
16. Call a spade a spade-  Straight talks
17. A toss-up-   A result that is still unclear and can go either way
18. Takes a beating-  to be damaged because of performing badly or being criticized
19. At the drop of a hat-   Willing to do something immediately
20. A mare's nest-   A false invention 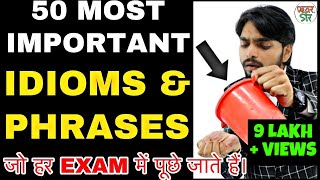 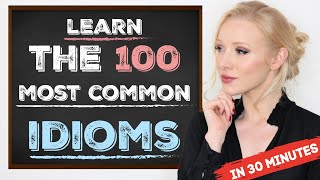 Learn the 100 Most Common Idioms in 30 Minutes (with examples)

Learn the 100 most common English idioms in just 30 minutes, with examples and focus on use and pron 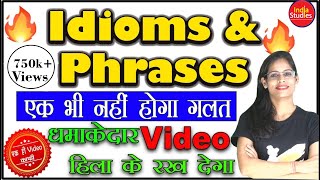 Best 2000 Idioms and Phrases for all exams 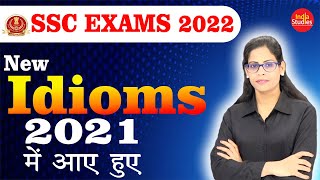 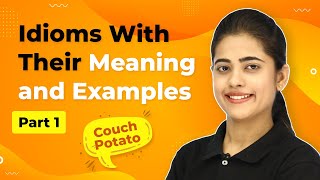 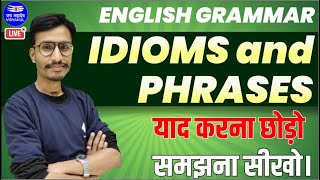 Additional Information About Nouns As Parts Of Speech

indian States And Union territories With their capitals
2 min Reading

Additional information about Nouns as Parts of Speech
4 min Reading

Indian Calendar (Panchang), variations on dates according to religion and geographical differences 〉